Former BBC sports editor Mihir Bose’s Game Changer is a gripping account of the craze, politics and business around the English Premier League, and also about India’s missed opportunity to emerge as a major footballing side in the world. The award-winning sports writer who has worked for the leading British newspapers, has gone deep into the issues facing English football – street violence, corruption, racism and so on. Former England football manager Roy Hodgson says, ‘Mihir is one of Britain’s most respected sports journalists. In particular, his writing about football is insightful and knowledgeable…’ Game Changer is a must-read for every football lover and student of politics surrounding sports. First published in the UK, this is a special Indian edition. 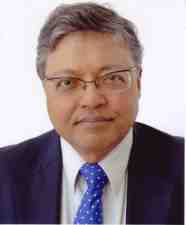 A prolific writer, Mihir Bose is one of the best-known sports commentators in England. Bose, who was the BBC’s sports editor, wrote extensively for The Daily Telegraph and the Sunday Times. An award-winning author and journalist, he has written over thirty books on sports, political history and cinema. He has gone back to football again and again to recover many untold stories of the game. Loughborough University awarded him an Honorary Doctorate for outstanding contribution to journalism and the promotion of equality. He now writes for the Financial Times and London Evening Standard and the Sunday Times, and broadcasts for a wide range of outlets including the BBC, Sky and ITV.